When Fadzai Mahere expressed her desire to stand as an independent candidate, many people accused her of being used by Zanu PF to split the opposition vote. Having listened to the people’s concerns, we are told that she send letters to all the big parties in the opposition. Perhaps, as an overture for future talks. With that, many including myself, thought Fadzai was so full of herself. Did she seriously expect political parties to kowtow to her whims? No self-respecting party could do that and still keep its dignity intact. If an individual wants to represent a party at elections or influence its direction, then one must become a member. It is as simple as that. 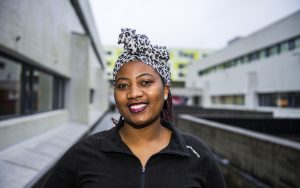 At least I thought, but now the case of Joana Mamombe forces me to think otherwise. About two weeks ago, Joana raised furore on social media by merely expressing intention to contest the MDC Harare West primary elections. She was insulted, her name soiled, all in a bid to disparage her candidacy.

What can a young female politician do in this great republic of ours? Running as an independent candidate, they condemn her. Contesting primary elections, they condemn her. Focusing on her private and social life, they accuse her of indifference. Damned if she does and damned if she does not. Surely, we cannot pretend not to know why few women are running for public office.

But as they say, every dark cloud has a silver lining. I am happy that this unfortunate debate has brought to the fore, uncomfortable but yet very necessary discussions. In this article, I will restrict my discussions to only but three issues. Due to this limited space, I will not be able to do justice to these issues, but I hope I will be able to incite further discussions.

Women can think on their own

The contest between Jessie Majome and Joana Mamombe was supposed to be very exciting. For it is a contest between two brilliant female comrades. A contest between the mature tried and tested and the young, vibrant and promising. But alas, the debate has turned into a shame. Comrades  who I regard as progressive have turned misogynistic in their bid to defend their preferred candidate. 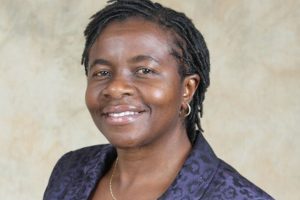 Accusing Joana Mamombe of being used, is synonymous to taking away her agency and yes, that is misogyny. She is a very capable young woman who is more than able to make decisions on her own. Additionally, to those attacking Joana in defence of Jessie, I say this overbearing protection against democratic processes of the party, robs Jessie of her agency too. Women are not weaklings that need protection from normal party processes.

On top of that, none of the several young male politicians contesting in primary elections, have been subjected to this scrutiny and attack. People are not asking them to go and contest in rural constituencies. Nor are people accusing them of sleeping with someone powerful. Why do we treat women differently? Why do we assume women have no agency? In this day and age, we must know by now, that women can think and take initiative on their own.

Some people even suggested that Joana must support Majome. I always wonder why people expect female politicians to be a homogeneous group. There is absolutely no difference between female and male politicians. No one expects Obert Gutu to support Chamisa simply on the basis that they are both males. Thus, it is equally folly to expect Joana to support Majome simply because they share the same sex. We must respect Joana’s decision to contest just as much as we respected Majome when she did not follow Khupe.  As I pointed out in another article, we must resist patriarchy by all means. For it thinks that women and especially young women, are incapable of handling power and responsibility. As they say, there is power in repetition. Therefore, without fear of sounding like a broken record, I will repeat myself. Women can think and take initiative on their own.

Who has the right to decide

Mcdonald Lewanika the director of Crisis Coalition, commenting on his Facebook post two weeks ago, raised a very pertinent question. He asked, ‘who has the right to decide’? Is it the party, the party structures, residents from the constituency or people who neither reside in the constituency nor are members of the party?

There are diverse opinions on the matter. But, we can exclude the last option, people who neither reside in the constituency nor are members of the party have no locus standi on the matter. This is not to say that they cannot express their opinions. They are merely opinions and must be treated just as such. Personally, I am a firm believer in grassroots politics. Local party representatives must be accountable to the local party membership. And in turn the local party membership must reflect the broader local society.

Alex Magaisa is of the contrary view. I hope that I understood him well, in one of his Facebook posts. He said, “a mature party does not risk the careers of its experienced MPs in the name of democracy”. In other words, the party must guide the democratic processes. Retain certain MPs, even against the wishes of the local membership. Not only is this top down and undemocratic but it goes even further to assume that the local membership does not know what is best for itself. It is very elitist. Thus, I pray and hope that our party will never go this route. Otherwise the people’s party might be captured by an elite cabal.

Alternatively, the party can abandon primary elections all together. Instead, they can just compile a list of members who will represent the party in elections. This system too, assumes that the local membership is ignorant. I would support the part list system if the public were to vote for a political party and not an individual. This, I am sure would increase the representation of diverse voices in our parliament. Furthermore, it would make it easier to raise the number of women in parliament. However, that said, I think it would be unwise to adopt this system under our current political system.

You cannot change rules midway through a game

The central theme in Morgan Tsvangirai‘s call for democracy was institutional reform. And I want to believe that rules and regulations are at the heart of institutional reform. The party has laid down rules and regulations for conducting primary elections. Therefore, members cannot make objections once the process has begun. More so, when the objections and concerns have nothing to do with the process itself.

Aluta continua and may the best candidate win.