I would like to take this opportunity to wish you a Merry Christmas and a prosperous 2017. This is a line I have recited year in year out. However, this year I have found it difficult to recite this common but beautiful line. How could I not feel the emptiness in those words when I know fully well that a big part of our Zimbabwean family is going to go to Christmas unpaid?

Our wise government decided to pay nurses and the security sector on the 21st of December, teachers on the 28th of December and the rest of the civil service on the 3rd of January next year. I am just trying to imagine a married couple, both civil servants. What kind of festive season are they going to have? A bleak Christmas, that I can tell you without reserve.

However, this mistreatment of civil servants is nothing new, their salaries have been below the poverty datum line for the past two decades now. Basically, they are national servants, like literally servants, unfortunately unappreciated servants. Trust me I know what I am talking about, I am a son of two retired civil servants, both educators by profession. Guess what, even after retirement, these senior citizens still get a raw deal.

But let’s rewind a little bit, help me understand, why did the government chose to pay nurses and the security sector earlier than others? I am sure you can agree with me, paying everyone a fraction of their salary before Christmas and the rest later sounds more sensible, right? At least this would have been fair to all civil servants and more importantly it would have ensured that all civil servants were going to have a decent Christmas with their families.

I am pretty sure that this is what a government that pretends to care for its citizens would have done. But of course, that does not make political sense. It’s called divide and rule fellow Zimbabweans. This is what a regime that is only concerned by power retention does, especially when elections are less than one and half years away. It’s not like we did not know that the Zanu PF regime regards certain civil servants more equal than others. In this current climate, were public dissent is fashionable, a strike or disgruntlement from the security sector can have far reaching consequences. This is why the regime had to send a clear and unambiguous message to the security sector, saying that even though we pay you peanuts we still have your back. 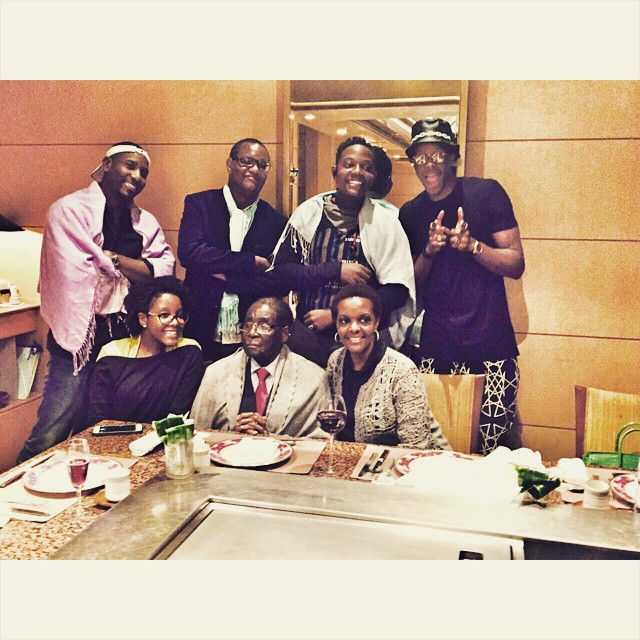 Yes, it is official the president’s spokesperson told us that the president was off to the far East, on his annual leave together with his family. It’s probably too much to ask for, but one would have thought that a caring president would forgo a holiday with his family in solidarity with the unpaid civil servants. But forget that, Mugabe is way past pretence, he does not care what we all think anymore. Besides it would be unfair to his family, they have diamond loot to spend and very limited time with Mugabe considering his age.

This brings me to a post I saw on Kudzayi Kadzere’s Facebook wall a couple of days ago, he was asking how we Zimbabweans have allowed ourselves to normalise the abnormal, how we have come to accept the unacceptable. Is it not amazing how the country is relatively quiet, we are only hearing whimpers and growls in beer drinking places and on social media when a majority of civil servants are going for the festive season unpaid? Oh, cry beloved Zimbabwe, how have we allowed ourselves to accept the unacceptable? Men and women spend sleepless nights in bank queues and are only allowed to withdraw measly amounts from their accounts, normalising the abnormal, haven’t we? 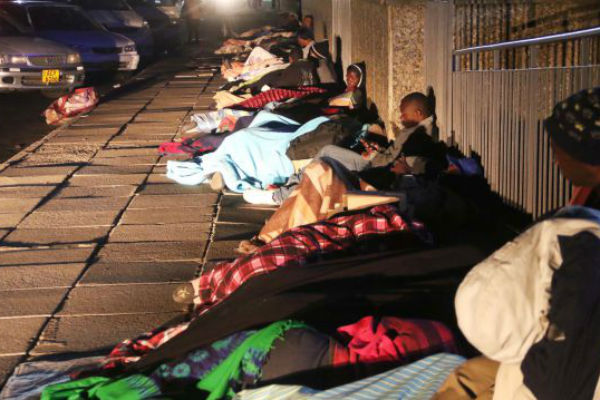 Last week Linda Masarira sparked a storm in a tea cup online, the entire week was spend discussing tribalism and how unfit Linda was to lead a protest movement in Zimbabwe. That very same week Mugabe gave a state of the nation address and Chinamasa presented the budget for 2017 and all we could do was talk about Linda. How did we become so good at majoring on minors? We are so easily distracted maybe we need blinkers as a people. If we are not careful, we will end up fighting each other instead of Zanu PF the real enemy of progress. As the optimists say, there is a silver lining to every dark cloud, at least we now know that we still have tribal tensions that need addressing, I presume a job for all of us in the new Zimbabwe.

However, Linda’s message in politically correct language is that we are all cowards. In fact, we are a country of cowards, too timid and docile, incapable of standing up for ourselves. Forgive me for saying that, I stand to be corrected if I am proven wrong but can someone tell me, how did we (Zimbabweans) fail to fight back when our homes, makeshift industries and livelihoods were destroyed during operation Murambatsvina? I would like to think that if another man is able to destroy my home and I am not able to put up a fight against such provocation, then no amount of further provocation will ever force me to fight. No, not even sleeping at a bank queue or only being allowed to withdraw $50 a day or having one’s payday postponed, will make me stand up for myself. 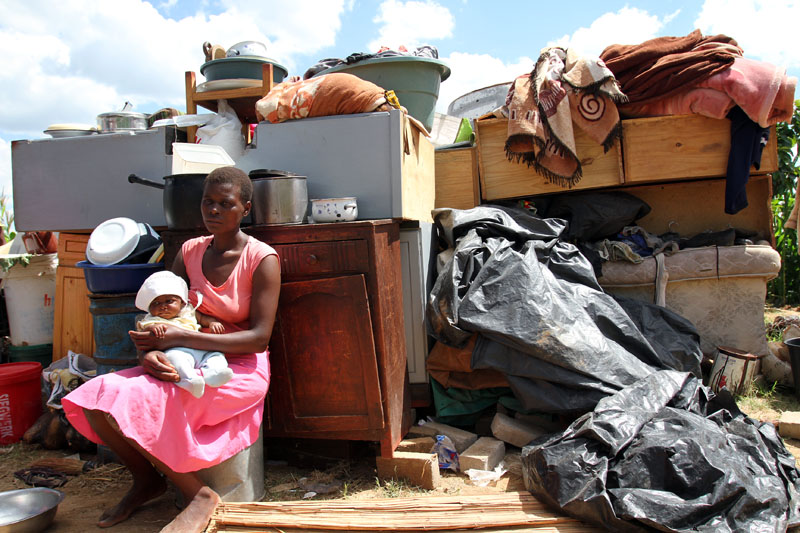 Is it not funny then to hear my generation, the born frees and those born during the height of the liberation war saying to the war vets, ‘you can take the country back to where you found it, we will liberate it ourselves.They believe that the only reason they did not fight in the liberation struggle was because they were either not yet born or old enough.

I am sorry but even if this generation was old enough it would not have fought in that liberation struggle. How could it? When it cannot fight this current oppressive system. I am not even talking about campaigning for the opposition in Uzumba-Maramba-Pfungwe or in the heart of Mashonaland central, where one’s life would be at risk. I am talking about simple things such as participating in a demonstration that has been organised by other people. If you cannot spare a few hours to the national cause doing simple things such as walking, singing and perhaps running away from the police then please forgive me, your words are hollow when tell me, you could have fought in the liberation struggle.

We must admit, we are a generation of cowards. For we have been successfully intimidated by the police baton stick, we are afraid to be choked by teargas and are traumatised by the mere thought of spending a few nights in the jail cells. Let’s admit we are cowards and the least this generation of cowards can do is to mobilise each other to register and eventually vote the regime out, at least in the voting booth there is no need to fear because your vote is your secret.