At the inaugural Women Electoral Convergence meeting in Bulawayo, participants under the shevote banner demanded equal representation for women in the 2018 elections. Showing their seriousness, female legislators across the political divide took up that call and tabled a radical amendment in parliament. An amendment, which if passed would demarcate half the seats in both parliament and the senate for women.

Feminists must be vigilant

Under normal circumstances, this would have led to a robust debate on different social media platforms and in the mainstream media. Unfortunately, the debate has failed to gain traction. Perhaps, it has been overshadowed by Nkosana Moyo’s presidential announcement. But all the same, we feminists have not been vigilant; we have been weighed and found wanting. The feminist movement has unconsciously missed an opportunity to raise awareness on this important topic.

Whilst gender equality is enshrined in our constitution, inequality still persists in all spheres of life in Zimbabwe. In politics, it manifests itself in the low number of women in parliament and the senate. Thus, female legislators put forward this amendment in order to address this anomaly. This article, seeks to correct a misconception contained in in a letter to the editor in the Daily News titled Legislators must be elected on merit by Fred Isaac Misi. In the end it will offer some advice on how we can improve the representation of women in government.

The Myth of Meritocracy

Fred Misi believes that, we must not reserve any seats for anyone. In other words, we must elect all our MPs and Senators based on merit. Theoretically, this opinion is profoundly sound, however in practice it is a dishonest defense of patriarchy.

Meritocracy is a system which distributes resources through performance based evaluations alone (Stina Powell, 2016). This principle is built on the assumption that, regardless of class, race and sexuality, everyone has the same opportunities to advance provided they are intelligent and hardworking. This is obviously not how the world actually works. Stephen McNamee & Robert Miller in their book define this gap between how people think the system works and how it actually works as the Meritocracy Myth.

Perhaps to understand Fred Misi’s views better, we must borrow from Lawton’s wisdom. He writes ‘it is easier to believe that ‘the other’, whether a black person or a woman, lacks the education, skills, talent, or motivation to succeed, than to believe that success is determined, at least in part, by accidents of birth’.

It is erroneous to believe that we have fewer women in parliament and in the senate because women lack merit. This disparity is simply a result of patriarchy. In my previous article I explain in greater detail how patriarchy affects women in politics. We must therefore not fool ourselves; our political system is meritocratic in name only. How else can we explain the presence in parliament of political thugs like Chinotimba and many other perpetrators of violence?

A lesson from my personal experience as a student leader

As a society, I think we can learn a vital lesson I learned as a student leader. I remember, struggling to forge a gender balanced team to contest the Student Representative Council Elections. Yes, I was naive; completely unaware of the subtle forces that discourage female students to participate in student politics. Only three female students expressed interest in our political project; Florence Ncube, Sobala Moyo and Brenda Mupfurutsa.

I only became aware of these subtle forces much later. Firstly, students conduct many of their political meetings in very female unfriendly environments i.e. beer halls. Secondly, authorities use violence to crush democratic student protests. Thirdly, even though student leaders are prisoners of conscience, the police deliberately mix them with criminals jail. In a nutshell, student politics is too masculine. With hindsight, I can now make sense of what my friend told me when I informed her of my intentions to run for the SRC elections. She said I was too sweet and too gentle for student politics. 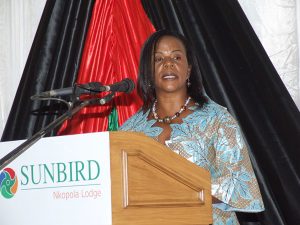 My personal analysis is also echoed by Beatrice Nyamupinga the Zanu PF MP for Goromonzi West. Speaking to Star FM in 2016, she said ‘our mode of election is not conducive for women. There is a lot of violence.’ Thus, any policy prescription that does not address violence is nothing but cosmetic to the fight for equal representation. In the long term, all policy prescriptions must aim to make politics gender neutral.

A policy paper titled Women in Politics Policy Report conducted by the Harvard Institute of Politics found that fewer women run for office than men. Mathematical logic must inform us that when more men run for office, more will actually be elected into office.

As I have stated earlier, violence discourages more women to participate in politics. But that is not the only reason. Otherwise, all countries without political violence would have reached equal representation for women, a long time ago. Beatrice Nyamupinga in the same interview mentioned above, brings another point which she calls ‘economical violence’. She said, ‘our elections are too commercial’. Thus, with their bigger financial muscle, men easily bully and defeat women in elections.

Basically, she is saying that women are reluctant to run for office because they do not have adequate resources to run successfully. This too, points to patriarchy, which in its essence, economically disadvantages women. I know we have made strides, enacted laws to address this historical evil but the rich club remains a boys club.

Therefore, in order to address this pitfall, women must organize themselves without failure. They must build networks between women organizations, female captains of industry, professional women and female politicians. These networks, among many other things must help in mentoring female future leaders and in fundraising for female candidates. The above mentioned Women in Politics Policy Report found that in the United States, states that had women support networks had more female legislators.

Equal representation is not a one day struggle

As this debate rages on, we must be careful not to debate for the sake of debating. But must bear in mind that the ultimate objective is to create a fair society, where meritocracy works for everyone. Thus the debate must aim at how best we can improve the representation of women in all sectors of our society.

According to (Chiroro, 2005), no country has ever attained at least 30% female representation without a quota system. Thus, talking about electing members on merit in the present environment is akin to being a patriarchy apologist. 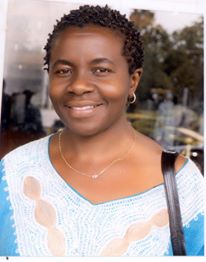 Equal representation for women is not a one day struggle. We, feminists must not let this debate to die down, at least without having made progress. As Kwame Ture said, ‘progress is a struggle, and a struggle is a continuous exercise’. If we are not careful, in 2023 we might lose all the temporary gains we have made thus far.

My advice to all feminists and women in general who want equal representation is to Organize, Organize and Organize.