Congo by David van Reybrouck is an expansive history of the Democratic Republic of the Congo, from the pre-colonial era to 2010 when the book was first published. The author brings this epic history to life by combining the DRC´s conventional historical narrative with ordinary people´s tales. The book reads like a novel while at the same time it is as rigorous as an academic text. 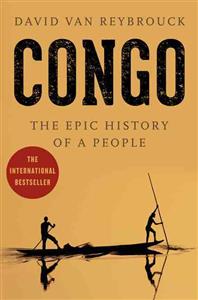 I particularly found the post independent Congo very intriguing. Learning how the Belgians and the Americans in cahoots with their puppet Tshombe assassinated Lumumba. Assassinating the democratically elected first primeminister of the Congo, 6 months into his premiership. It almost seemed as if David Van Reybrouck was blaming Lumumba for his own assassination, when he says he lacked tact. On paper, his only crimes were; to the Belgians telling them the truth they did not want to hear and to the Americans, his association with the Soviet Union. But his true crime is that he threatened their economic interests in the Congo.

Joseph Kasavabu the first president of Congo must go down in history as responsible for plunging the country into crisis, not once but twice, when he fired two democratically elected primeministers, Lumumba and Moïse Tshombe. And enabling Mobutu to intervene militarily twice.

I loved to hate Mobutu for his part in the assassination of Lumumba and for being a Western puppet. However reading through the book I had conflicting emotions. On one hand, he was a strong pan africanist. Not in the Kwame Nkrumah sense of uniting Africa. He advocated the Congolese to return to their culture. In the process, he banned the use of European names and attempted to eradicate tribalism. His first ten years were remarkable socially, economically and politically. Thus, I realise human beings are just complex beings and Mobutu is no exception. He was both evil and good, a western puppet and a pan African at the same time.

The international crisis of the DRC

The book really opened my eyes to just how complex the current conflict in the DRC is. I knew that Rwanda and Uganda were somewhat involved in the conflict. What I did not know was that they were active participants in fermenting and enlarging an already existing crisis. Thus, Museveni and Kagame like Mobutu, are both good and evil at the same time.

No one book can really make an outsider understand everything that is going on in any country or what that country went through but David van Reybrouck really tried to cover the basics thoroughly. A great read for students of history and a must read for those interested in understanding the DRC much better.